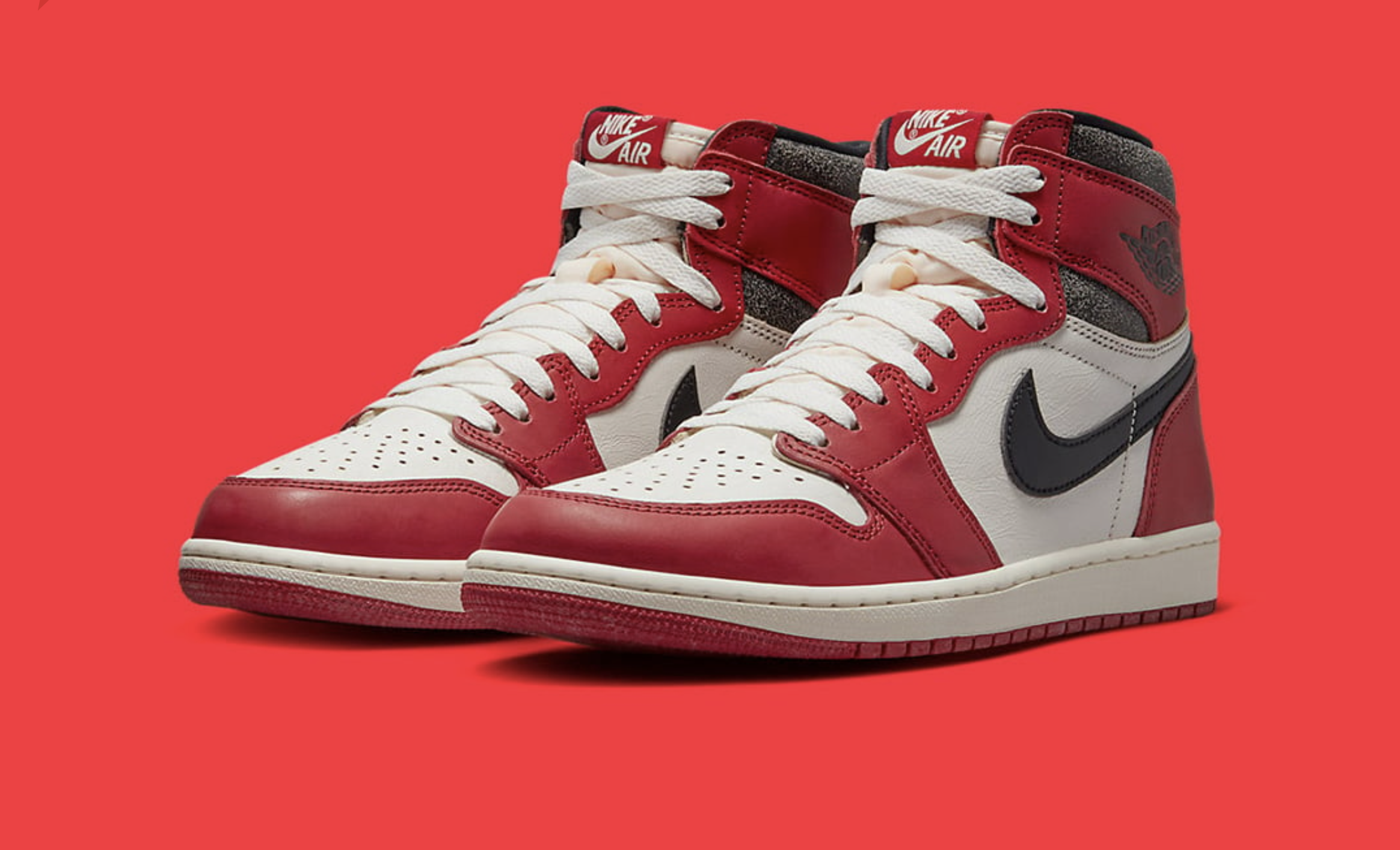 The last time we saw the Air Jordan 1 Chicago “Lost and Found” get retroed from Jordan Brand was in 2015 and looks like 7 years later, the iconic colorway returns to the Air Jordan 1 with a twist in 2022.

The shape of the upcoming sneaker is going to be more like the 1985 release, with distressing and aging expected to appear on the upper and midsole. The iconic colorway features a white leather upper and white nylon tongue, with red leather overlays sans the Swoosh and ankle collar appearing in black. The tongue tag is seen in red with white Nike branding with a white midsole and red outsole finishing off the sneaker.

Inspired by hunting the basements and storage rooms of mom-and-pop shops back in the day, the packaging, “receipt,” mismatched box top, and other details pay homage to the chase of the “Chicago” Air Jordan 1 after its 1984-1985 debut.

It’s been rumored that the highly coveted sneaker is to arrive fully stocked, with 500k pairs available worldwide. This is a significant increase in units as 300k is what is usually offered. If the rumors are true, this is the first time that Nike has upped the stock quantity for an Air Jordan 1.

The Air Jordan 1 Retro High OG Chicago “Lost and Found” will see a wider release on November 19, 2022, via SNKRS and at select retailers for $180. Check out the photos below and for all the latest drop dates, head over to our Sneaker Release Dates page.

If you’re not trying to get involved in the hunt for this special pair, GOAT & Flight Club are ready as always to keep you laced in the freshest retros.